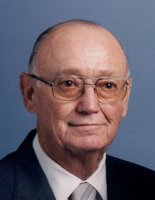 Mr. Ray Frank Wilson, a resident of Ozark, passed away Thursday, March 28, 2019, at his residence following a long battle with dementia and alzheimers. He was eighty-nine years old.

Funeral services will be held 2:00 P.M. Thursday, April 4, 2019, in the Chapel of Holman Funeral Home and Cremations in Ozark with Reverend Harold Peters officiating. Interment will follow in Woodlawn Memory Gardens, Holman Funeral Home of Ozark directing.  The family will receive friends at the funeral home in Ozark Thursday from 12:30 P.M. until service time. Serving as pallbearers will be Cameron Hamner, Peyton Kelley, Mike Kelley, Colon Leatherwood, Steve Price and Randy Tolison.

Mr. Wilson was born August 10, 1929 in Dale County, Alabama to the late Nas and Laura Victoria Phillips Wilson.  He grew up in Elamville, Alabama.  Mr. Wilson worked for twenty-five years for B. F. “Buddy” Williams doing construction and labor all throughout the state of Alabama.  He was then employed by the City of Ozark with the street and sanitation department for over twenty-five years. This is where he received the nickname “Popeye” and made many lasting friendships.  He always enjoyed the many “fish frys”  and “barbeques” they would have!  He just loved having a good time with his co-workers and friends. Mr. Wilson was a member of Hillcrest Baptist Church in Ozark.  He enjoyed sharing his love for God with others and never met a stranger.  He also enjoyed fishing, gardening and camping in his earlier years.  He loved spending time with his family and even came up with his own special BBQ sauce recipe that he often shared at the family gatherings.  His family would often tease him about opening up his own restaurant called “The Hog Trough” and getting a patent on his special “Pappy Ray’s BBQ Sauce”.

The family wishes to extend a special thank you to all of the staff and caregivers at Dale Medical Center Home Health and Community Hospice in Ozark who showed patience, compassion, love and support to Mr. Wilson in the last few years of his life.    In addition to his parents, he was preceded in death by his only child, Sarah Ann Wilson Hamner; one sister, Helen Wilson; and three brothers, James T. Wilson, Jack Wilson, and Joseph William Wilson.  Survivors include his wife of  seventy-two years, Doris Kelley Wilson of Ozark; three grandchildren, Laticia Altizer (Charlie) Goose Creek, SC, Regina Tolison (Randy) of Ozark, and Allison Hamner of Ozark; one son in-law Douglas Hamner of Ozark; six great grandchildren, five great-great grandchildren, several nieces and nephews also survive.