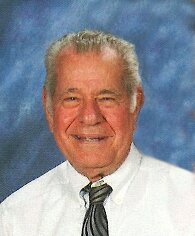 Please share a memory of Charles to include in a keepsake book for family and friends.
View Tribute Book
Mr. Charles Dixon Weeks passed away peacefully in his home on October 20, 2021 surrounded by his wife and children whom he loved dearly. He was 94 years old. Funeral services for Mr. Weeks will be 11:00 A.M. Monday, October 25, 2021, in the Chapel of Holman Funeral Home and Cremations in Ozark with Reverend Tim Bates officiating. Interment will follow in Woodlawn Memory Gardens, Holman Funeral Home of Ozark directing. The family will receive friends at the funeral home in Ozark Monday from 9:30 A.M. until service time. Charles was born April 12, 1927 to Atlee and Lucile Weeks. Charles joined the United States Navy at the age of 17 in 1944 toward the end of World War II. He spent a great deal of time in the Philippine Islands after which he received the Philippine Liberation Medal, a Bronze Star, and the Good Conduct Medal. At the end of World War II he was honorably discharged, and he re-enlisted for the Korean War in December of 1950. When asked about his time in the service, Charles often said, “I was protecting my country. I didn’t know this was such a great country until I visited others.” After his military service, Charles spent the rest of his career working in helicopter maintenance at Fort Rucker. Charles enjoyed many happy years in retirement spending time with his wife, children, grandchildren, and great grandchildren. He considered his family to be a tremendous blessing. He loved sharing stories about his time in the service and his many adventures traveling the world. For many years, Charles and his wife faithfully attended Southside Baptist Church of Ozark. Charles was preceded in death by his parents, Atlee and Lucile; his late wife and mother of his children, Martha Ann Weeks; and one stepson, Sam Bridges and wife, Christy. He is survived by his loving wife, Gayle B. Weeks; his brother, JL Weeks (Betty); his children, Sherry Watson (Raymond), Russell Weeks, and Shannon Burdeshaw; and stepchildren, Stanley Bridges (Michelle), and Gilbert Bridges (Theli), as well as many grandchildren and great grandchildren.
To send flowers to the family or plant a tree in memory of Charles Weeks, please visit Tribute Store
Online Memory & Photo Sharing Event
Online Event
About this Event

Look inside to read what others have shared
Family and friends are coming together online to create a special keepsake. Every memory left on the online obituary will be automatically included in this book.
View Tribute Book
Services for Charles Weeks
There are no events scheduled. You can still show your support by sending flowers directly to the family, or planting a memorial tree in memory of Charles Weeks.
Visit the Tribute Store

Share Your Memory of
Charles
Upload Your Memory View All Memories
Be the first to upload a memory!
Share A Memory
Send Flowers