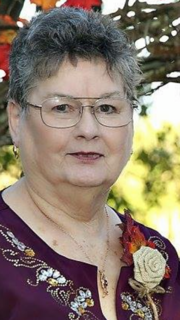 There are no public services planned for Mrs. McCroan at this time.

Mrs. McCroan was born March 12, 1939 in Lake City, Florida to the late Holmes Nelson Murray and Grace R. Adams Murray. She worked as a bookkeeper for many years.  She loved to read a book a day and sew.  In addition to her parents, she was preceded in death by one sister, Elizabeth Ann Burch; and one infant brother, Homer Murray.

To send flowers to the family of Alyce McCroan, please visit Tribute Store

Share Your Memory of
Alyce
Upload Your Memory View All Memories
Be the first to upload a memory!
Share A Memory
Send Flowers