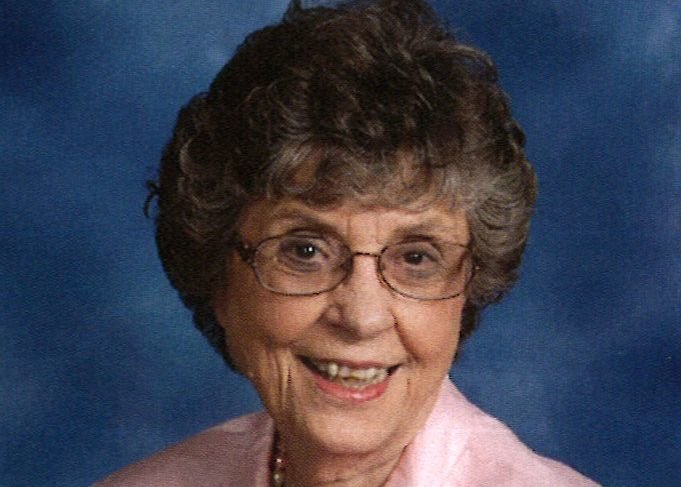 Mrs. Mays was born December 2, 1931 in Perkinston, Mississippi and graduated from high school there.  She began to work with Woolworths in Gulfport, Mississippi where she met her husband, Archie.  The story goes, the minute he laid eyes on her he told his friend that was with him that she would be his future wife.  They were married for over fifty years.

Archie was in the Army and Dell enjoyed being a military wife. They were stationed in Germany, Pennsylvania, New York, Georgia, Kansas, Hawaii and Oklahoma.  When Archie would be overseas, she and the children would return to Mississippi.  In any place they would locate, she would make an impact.  She was a Gray Lady at a hospital. She would volunteer at her children’s schools and was most active at her church. In Fort Riley, Kansas Archie and Dell opened up their home to young service men who had no family nearby and were lonely and gave them a family away from their family.

In April 30, 1976, she was honored with the Molly Pitcher Award for her work throughout their military years.  She was involved in the Officer Wives Club, she played golf and would cook for anybody at any time.

The highlight of her life was when Archie was stationed at Fort Shafter, Hawaii.  She stopped being called Berdell and became “Dell” because people found it difficult to say Berdell.  She loved hosting the eighteen months out of thirty-six months of company that came to visit from the mainland.

It was a shock to move from Hawaii to Oklahoma, but this is how they made it to Ozark, Alabama.  Archie’s Colonel was Bob Bunting.  Bob and Linda and their children became a part of their lives.  Dell would refer to them as a part of her family.  They moved to Ozark after Archie retired and sold their home in Oklahoma.  Archie was in Alabama at the time of his death.  Dell, because of health issues, left Ozark two years ago and was in El Reno, Oklahoma at the time of her death. She has been returned to Alabama to he laid to rest with her Archie.

Her family would like to say thank-you to all of the people that made her life in Ozark happy. There are so many we can not name them all, but there are three families that we have to give a huge thanks; the Bunting family, Perry and Jackie Grantham, and CoCo and Ed White and their boys;  back in Oklahoma Maggie the pink suit and Jill the blue dress.  Also thanks to Holman Funeral Home of Ozark.        In lieu of flowers, memorials may be made in her memory to Hawaii Baptist Academy, 420 Wyllie Street, Honolulu, Hawaii   96817.

To send flowers to the family or plant a tree in memory of Berdell Mays, please visit Tribute Store
Wednesday
11
September

Share Your Memory of
Berdell
Upload Your Memory View All Memories
Be the first to upload a memory!
Share A Memory
Send Flowers