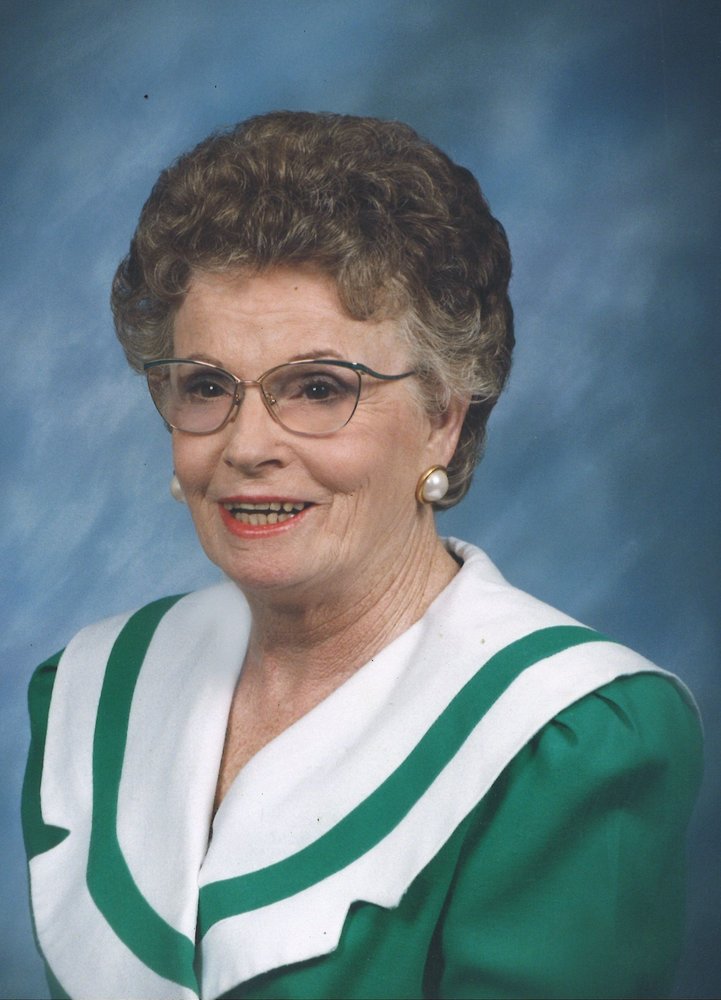 Mrs. Patricia Ruth “Patsy” Rosser Johnson, 87, a resident of Newton, Alabama, passed away at her home Saturday, October 12, 2019, surrounded by her loving family.

Patricia was born September 14, 1932, in Newton, Alabama to the late James Marcus Rosser and Esther Atkinson Rosser. She graduated from Newton High School and later attended Wallace Junior College.  Mrs. Johnson lived her earlier years in Newton before moving to Ozark in May 1985 and marrying LTC Raymond P. “Red” Johnson. She worked for many years for the State of Alabama and then worked for Civil Service at Fort Rucker with the Staff Judge Advocate Office and retired as a Court Reporter.  While living in Ozark she was a member of the First United Methodist Church of Ozark and the Pilot Club.  In her later years she moved back to her hometown of Newton and moved her church membership to Newton United Methodist Church.  She was an avid Alabama football fan, enjoyed gardening, being outdoors and fishing.  Patricia will be missed by all who knew her. In addition to her parents, she was preceded in death by her husband, LTC Raymond Phillip Johnson (United States Army, Retired); one sister, Carolyn Rosser Borland; two brothers, Lawrence Edward Rosser and Marcus “Fuzz” Hugh Rosser; her loving grandson, Charles Edward Hinderliter, Jr. and Prince, her loving dog for many years.

The family would like to express special thanks for the loving care of her caretakers, Inez Blanks, Mae Paul, Teresa Stanford, Shirley Woods, Ava Wood and her sister, Jenna Showalter.  Also the special care given to Patricia by DaySpring Hospice of Enterprise and the many visits by Billy Outlaw and Reverend Jean Smith.

Flowers will be accepted or memorials may be made in her memory to Newton United Methodist Church, 233 King Street, Newton, Alabama 36322; or to DaySpring Hospice, 1275 James Drive – Suite A, Enterprise, Alabama 36330.

To send flowers to the family or plant a tree in memory of Patsy Johnson, please visit Tribute Store
Thursday
17
October

Share Your Memory of
Patsy
Upload Your Memory View All Memories
Be the first to upload a memory!
Share A Memory
Send Flowers