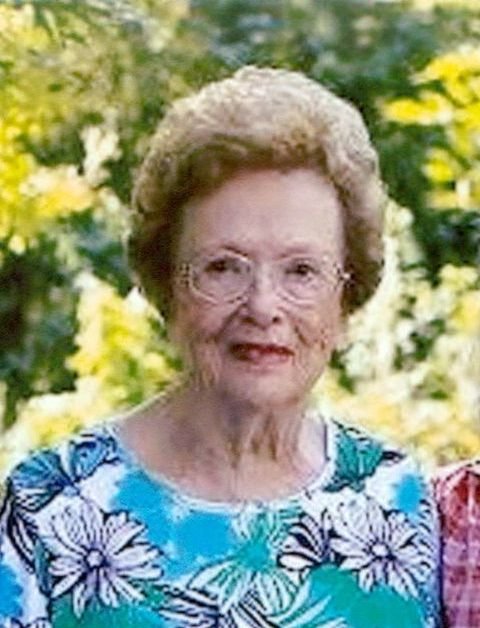 Mrs. Vestal (Vickie) Avery Andrews, age 95, of Ozark, passed away at her home on Tuesday, November 12, 2019, following an extended fight with kidney disease.

Mrs. Andrews was born July 2, 1924 in Pisgah, Arkansas (Pike County) to the late Dudley Jessie Avery and Synthia Serena Merrell Avery.   Mrs. Andrews was a stay at home mom until 1960 when she began working for the Commercial Bank in Ozark where she remained until her retirement in 1989.  She was an avid Auburn University football fan and an Atlanta Braves baseball fan.  She was a member of Ozark Baptist Church where she was a member of the Coed/Adult Sunday School Class.

The family wishes to thank all the doctors, nurses and aids with Kindred Hospice for their care and support during Mrs. Andrews illness.  They would especially like to thank the case doctor, Dr. John Burgess, case nurse, Brett Smith, social worker, Kerri Cox and Chaplin, Brother Charles Goldsmith.

Share Your Memory of
Vickie
Upload Your Memory View All Memories
Be the first to upload a memory!
Share A Memory
Send Flowers