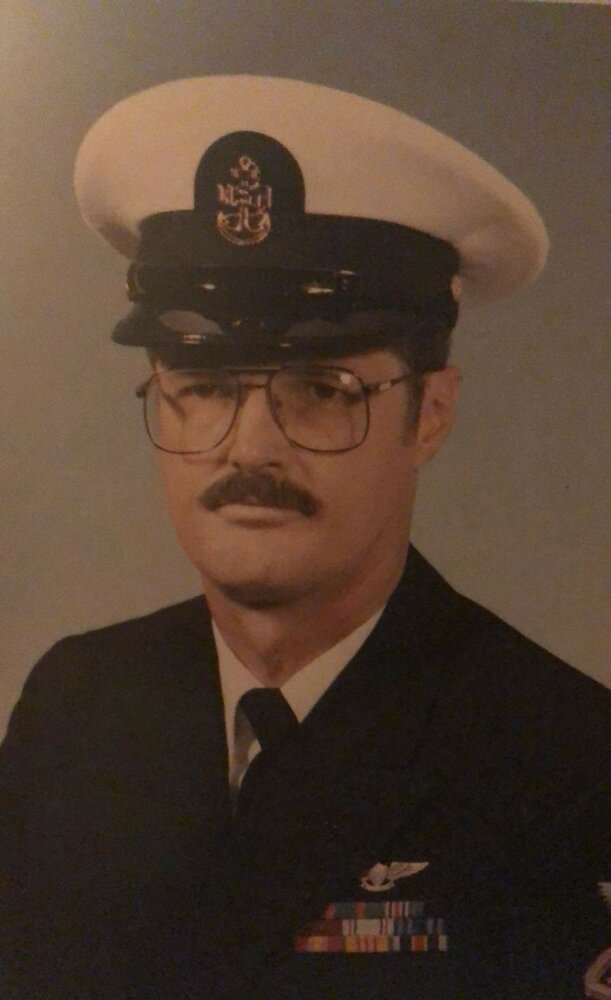 Please share a memory of Michael to include in a keepsake book for family and friends.
View Tribute Book
Chief ATC Michael Thomas “Mike” Grubb (United States Navy, Retired), a resident of Ariton, died Monday, October 11, 2021, at Baptist Medical Center South in Montgomery. He was 75 years old. A private memorial service will be held for Mr. Grubb at a later date. Chief ATC Grubb was born February 4, 1946 In Oskaloosa, Iowa to the late Thomas Jefferson Grubb and Helen Margaret Sanders Grubb. Following his graduation from New Sharon High School, he joined the United States Air Force and served in Vietnam. He was discharged from the Air Force at Hamilton Air Force Base in San Francisco where he met his wife Nancy. They were married and moved back to Iowa for seven years prior to his joining the United States Navy where he served as an Aviation Electronics Technician. Mike adored his family, The United States Navy, Alabama football, NASCAR and working on the computer. In addition to his parents, he was preceded in death by his sister, Sandra Olive. Survivors include his wife of 53 years, Nancy Harper Grubb of Ariton; two daughters, Teresa Fondren (John) of Dothan and Christie Hall of Ozark; eight grandchildren, Nicolle Stafford (Josh) of Abbeville, Sarah Grantham (Justin) of Ariton, Amanda Bennett (Natasha) of Detroit, Brianna Grubb of Ariton, John Curtis Fondren, Cody Fondren, Kailey Hall and Catherine Hall all of Dothan; five great grandchildren, Jacob Eli Money, Marybeth Harper Money, Anniston Grace Stafford, Alice Rose Grantham and Parker Ellis Bennett.
To send flowers to the family or plant a tree in memory of Michael Grubb, please visit Tribute Store
Online Memory & Photo Sharing Event
Online Event
About this Event

Look inside to read what others have shared
Family and friends are coming together online to create a special keepsake. Every memory left on the online obituary will be automatically included in this book.
View Tribute Book
Services for Michael Grubb
There are no events scheduled. You can still show your support by sending flowers directly to the family, or planting a memorial tree in memory of Michael Grubb.
Visit the Tribute Store

Share Your Memory of
Michael
Upload Your Memory View All Memories
Be the first to upload a memory!
Share A Memory
Send Flowers