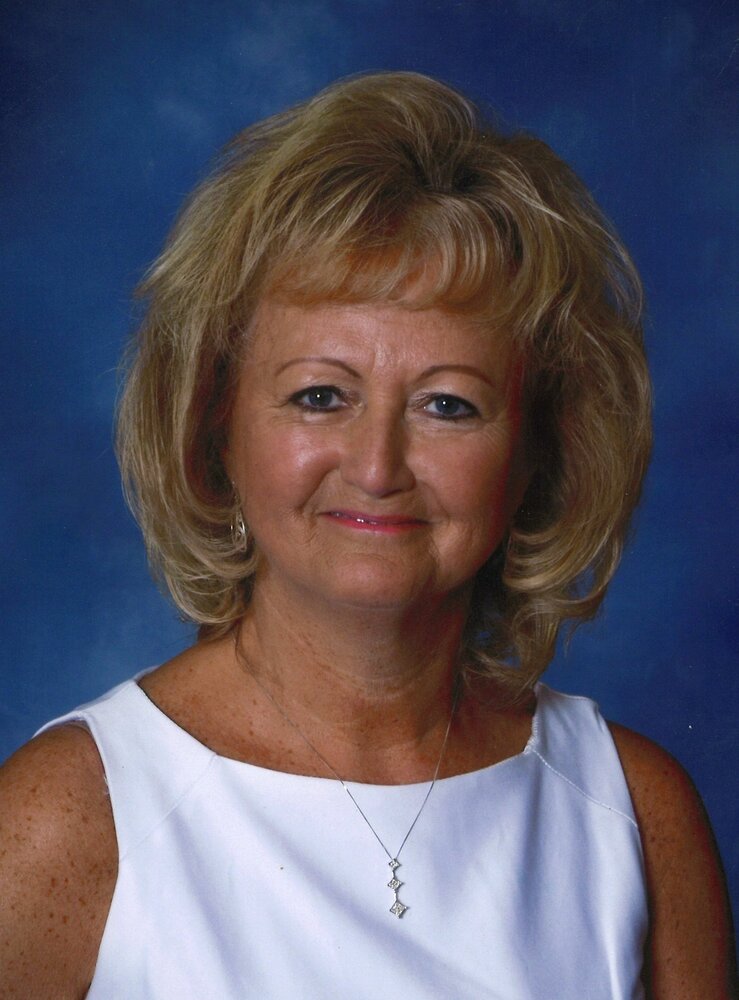 Please share a memory of Gale Nash to include in a keepsake book for family and friends.
View Tribute Book
Mrs. Gale Nash Lavender, a resident of Ozark, died Wednesday, October 13, 2021, at the age of 71. A memorial service for Mrs. Lavender will be held 2:00 P.M. Sunday, October 17, 2021, in the Chapel of Holman Funeral Home and Cremations in Ozark with Reverend Greg Aman officiating, Holman Funeral Home and Cremations of Ozark directing. Mrs. Lavender was born August 13, 1950 in Russellville, Kentucky to James Thomas Nash and Margaret Ann Stewart Nash. She grew up in Russellville and Fort Benning, Georgia prior to moving to Ozark in 1968. Gale attended Baker High School in Columbus, Georgia, was a 1968 graduate of Carroll High School in Ozark, and attended Wallace Community College for two years. She worked from 1969 until 1983 with SouthTrust Bank as a teller, new accounts representative and secretary; with Altus Bank from 1985 until 1991 as a consumer and mortgage loan processor and from 1991 until 1993 as the teller supervisor; with Peoples South Bank in Ozark from 1995 until 2008 as a new accounts representative, loan processor and teller. Gale was a member of Ozark Baptist Church. She had a great love for her daughter and her grandchildren, and for the beach and ocean. Gale was well known for her baking skills, especially her red velvet cakes. She was preceded in death by her husband of 39 years (August 20, 1970), Charles Thomas “Tommy” Lavender; her father and step-mother, JT and Val Nash; her step-father, Jim DiFilippo; her brother, Ricky DiFilippo; her father-in-law and mother-in-law, Thomas and Myrtle Lavender; and grandparents, Russell and Mattie Tapp. Survivors include her daughter and son-in-law, Brittany and Travis Godwin of Ariton; two grandchildren, Allie Godwin and John Thomas Godwin of Ariton; her mother, Marge DiFilippo of Ozark; her twin brother and sister-in-law, Dale and Jan Nash of Dothan; her sister, Sherry DiFilippo of Ozark; her sister-in-law, Becky DiFilippo of Ozark; her life-long best friend, Mary Long of Atmore, Alabama; sisters-in-law and brothers-in-law, Helen and Harrison Thornhill of Winter Haven, Florida; Debbie and Tony Bludsworth of Ozark, and Kenny Lavender of Ozark; nephew, Jason (Megan) DiFilippo of Ozark, niece, Krissy (Brian) Atkinson of Dothan; great nieces, Stella DiFilippo and Ruby DiFilippo of Ozark and Ella Atkinson of Dothan. Several other nieces, nephews and cousins. In lieu of flowers, memorials may be made in her memory to the Alzheimer’s Resource Center, P. O. Box 1170, Dothan, Alabama 36302; or to Ozark Baptist Church, 282 South Union Avenue, Ozark, Alabama 36360.
To send flowers to the family or plant a tree in memory of Gale Nash Lavender, please visit Tribute Store
Sunday
17
October

Share Your Memory of
Gale Nash
Upload Your Memory View All Memories
Be the first to upload a memory!
Share A Memory
Send Flowers