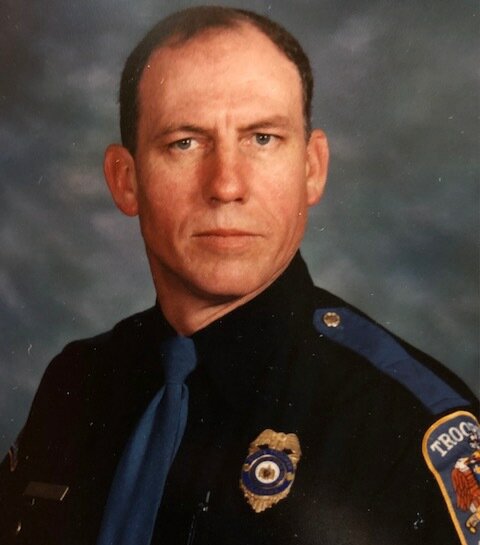 Please share a memory of John to include in a keepsake book for family and friends.
View Tribute Book
Mr. John William Helms, Jr., a resident of Clio, Alabama, passed away Friday, December 3, 2021, at the age of 63. Funeral services for Mr. Helms will be 2:00 P.M. Sunday, December 5, 2021, in the Chapel of Holman Funeral Home and Cremations in Ozark with Colonel Jimmy Helms, (Alabama State Trooper) officiating. Interment will follow in Pine Level Baptist Church Cemetery in Louisville, Alabama, Holman Funeral Home of Ozark directing. The family will receive friends at the funeral home in Ozark Sunday from 12:30 P.M. until service time. Mr. Helms was born April 22, 1958 in Shreveport, Louisiana. John attended Dixie Academy in Louisville, Alabama and graduated from the Montgomery Police Academy. He was employed by the Ozark Police Department from 1984 until 1986 and then was the Store Manager of Sherwin Williams Company in Enterprise. He began his employment with the Alabama Department of Corrections in 1990 and served in various supervisory positions. In 1997 John graduated from the Alabama State Trooper Academy and began his life-long dream of serving as an Alabama State Trooper. He retired as a Corporal in October 2015. He was well loved and respected by his troopers --- in their words he was a “Troopers’ Trooper”. John was preceded in death by his parents, Lieutenant Colonel John W. Helms, Sr. and Eileen Turner Helms; his brothers, Robert W. “Bill” Helms and James A. “Jimmy” Helms. Survivors include his wife, Gloria Davis Helms of Clio; his son, John Robert Helms (Megan) of St. Simon’s Island; his grandchildren, Olivia Kate and John Collier Helms; his sister, Sharon Shiver (Franklin); his sister-in-law, Janice Helms; step children, Stacie Black (Jason) and their children, Micah Garrett (Amy) and their children, Justin Garrett (Kim) and their children. Alabama State Troopers serving as pallbearers will be: Lt. Drew Brooks, Sgt. Tracey McCord, Sgt. Jeremy Burkett, Cpl. Rodney Hawkins, Lt. Scott Lee, Senior Special Agent Jackie Hornsby. The family would like to express their sincere thanks to Encompass Hospice of Dothan, specifically Ryan Vandyne and John’s sitter, Angie McLendon.
To send flowers to the family or plant a tree in memory of John Helms Jr., please visit Tribute Store
Sunday
5
December

Share Your Memory of
John
Upload Your Memory View All Memories
Be the first to upload a memory!
Share A Memory
Send Flowers