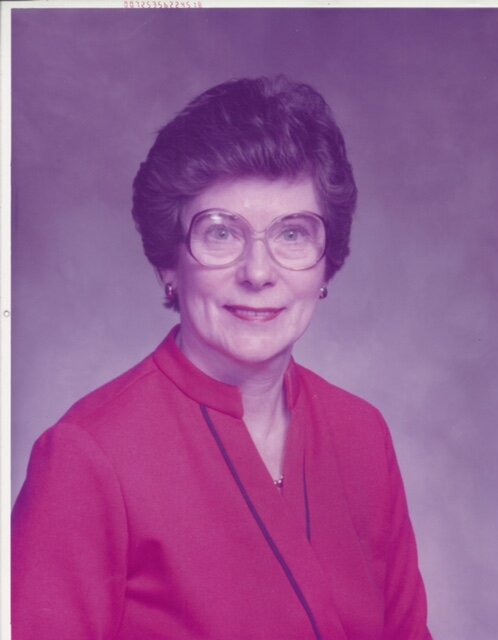 Please share a memory of Eula to include in a keepsake book for family and friends.
View Tribute Book
Mrs. Eula Mae “Pat” Miller Garaffa of Beckley, West Virginia passed away Saturday, February 5, 2022 at the age of 94. A graveside service will be held in Beckley, West Virginia at Sunset Memorial Gardens at a later date. Mrs. Garaffa was born January 14, 1928 at Mt. Hope, West Virginia but spent her life in Beckley, West Virginia. She was the daughter of the late Eldridge Miller and Ethel Lilly Miller. Mrs. Garaffa was a 1945 graduate of Woodrow Wilson High School and worked several years for the JC Penny Company and Bank of Raleigh now City National Bank from which she retired. In addition to her parents, she was proceeded in death by her husband, Vincent Russell Garaffa in 1998; a sister, Elsie Bowling of Linthicum, Maryland; two brothers, Emory Miller of Beckley West Virginia and Edwin Miller of Texas City, Texas; and daughter-in-law, Phyllis Garaffa of Bluffton, South Carolina. Survivors include a son, William R. “Bill” Garaffa of Bluffton South Carolina; a daughter, Paula Fulmer and her husband, Scott Fulmer of Dothan Alabama; a grandson, Ryan Manley of Arlington, Texas. Several nieces and nephews also survive.
To send flowers to the family or plant a tree in memory of Eula Garaffa, please visit Tribute Store
Friday
11
February

Share Your Memory of
Eula
Upload Your Memory View All Memories
Be the first to upload a memory!
Share A Memory
Send Flowers