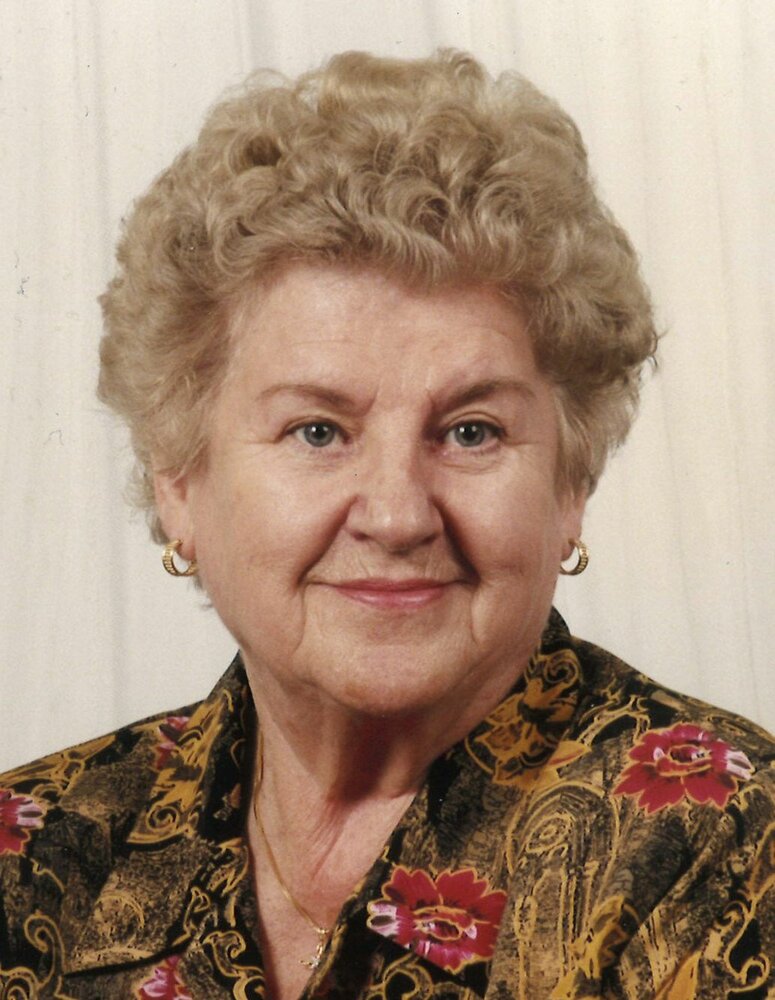 Please share a memory of Anna to include in a keepsake book for family and friends.
View Tribute Book
Mrs. Anna Maria Zollner Wright, a resident of Daleville, died Thursday, February 10, 2022, in Flowers Hospital at the age of 91. Funeral services for Mrs. Wright will be held 2:00 P.M. Sunday, February 13, 2022, in the Chapel of Holman Funeral Home and Cremations in Ozark with Father Chris Boutin officiating. Interment will follow in Woodlawn Memory Gardens, Holman Funeral Home of Ozark directing. The family will receive friends at the funeral home in Ozark Sunday from 1:00 P.M. until service time. Mrs. Wright was born September 24, 1930 in Straubing, Germany. She met her late husband who was serving in the United States Army during World War II in Germany. Following his tour in Germany, they returned to the United States where they were stationed in Fort Bragg, Fort Benning and Fort Rucker. He retired and they made their home in Daleville. She was a member of the Catholic Church at Fort Rucker. Ann loved to pot flowers for inside her home. Her favorite things were trips to the Golden Corral and to Wal Mart. In addition to her parents, she was preceded in death by her husband of forty years, Jehu Wright and two brothers, Peter Zollner and Franz Zollner. She is survived by one daughter, Olga Wright of Daleville; three sons, John Wright (Eleanor), Roger Wright (Janice) and Martin Wright all of Dothan; two grandchildren, Kelley Enfinger (Scott) of Slocomb and Rian Whatley (Saul) of Birmingham. Two great grandchildren and two great-great grandchildren also survive.
To send flowers to the family or plant a tree in memory of Anna Wright, please visit Tribute Store
Sunday
13
February

Share Your Memory of
Anna
Upload Your Memory View All Memories
Be the first to upload a memory!
Share A Memory
Send Flowers