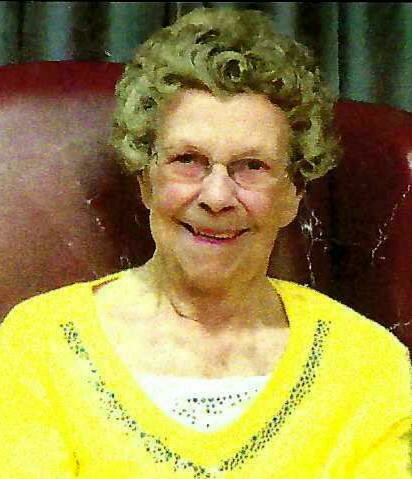 Please share a memory of Dorothy to include in a keepsake book for family and friends.
View Tribute Book
Mrs. Dorothy Virginia Ellis Rice died Friday, February 11, 2022, in Bedford, Texas following a brief illness at the age of 98. Funeral services for Mrs. Rice will be held at Fort Mitchell National Veterans Cemetery next to her husband at a later date. Arrangements are entrusted to Holman Funeral Home and Cremations of Ozark. Mrs. Rice was born March 25, 1923 to the late Thomas Edward Ellis and Addie Homan Ellis in Chambers County, Alabama. She had been a resident of Ashbrook Village Senior Living in Villa Rica, Georgia for 11 years. Mrs. Rice was married to the late M/Sgt Albert Dewey Rice of Roanoke, Alabama for 68 years. She lived in Scotland, Crete, Turkey, Hawaii, Alaska and Texas while her husband served in the United States Air Force, and took many escorted bus trips throughout the United States. They lived in Ozark for 36 years, before moving to the senior living facility in Villa Rica in 2010. While living in Ozark she was a member of the First United Methodist Church and worked with the Ozark City Board of Education for ten years. She loved to do jigsaw puzzles, play card games and dominoes, make latch hook rugs and travel. She is survived by a daughter, Beverly Ann “Billie” Rucker of Bedford, Texas; a son, Everett Ellis Rice of Carrollton, Georgia; and a sister in south Texas. She had six grandchildren, three great-grandchildren and nieces and nephews.
To send flowers to the family or plant a tree in memory of Dorothy Rice, please visit Tribute Store
Online Memory & Photo Sharing Event
Online Event
About this Event

Look inside to read what others have shared
Family and friends are coming together online to create a special keepsake. Every memory left on the online obituary will be automatically included in this book.
View Tribute Book
Services for Dorothy Rice
There are no events scheduled. You can still show your support by sending flowers directly to the family, or planting a memorial tree in memory of Dorothy Rice.
Visit the Tribute Store

Share Your Memory of
Dorothy
Upload Your Memory View All Memories
Be the first to upload a memory!
Share A Memory
Send Flowers