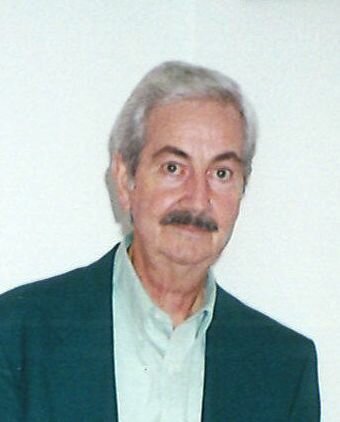 Please share a memory of Bobby to include in a keepsake book for family and friends.
View Tribute Book
Mr. Bobby Eugene Armstrong, a resident of Ozark, died Tuesday, March 8, 2022, at his home at the age of 85. Funeral services for Mr. Armstrong will be 10:00 A. M. Friday, March 11, 2022 in Woodlawn Memory Gardens with Reverend Charles Goldsmith officiating. Entombment will follow, Holman Funeral Home and Cremations of Ozark directing. The family will receive friends at the funeral home in Ozark Thursday from 5:00 P.M. until 7:00 P.M. Mr. Armstrong was born February 22, 1937 in Ozark, Alabama to the late Marvin Fred Armstrong and Annie Maude Miller Armstrong. He served in the United States Army for three- and one-half years in Telecommunications and in the Signal Corp. Following his military service, he worked with Parker-Johnson Hardware in Ozark as a clerk; and for over thirty-nine years at Fort Rucker with various contractors as a Records Clerk until his retirement. He enjoyed fishing, playing softball, playing on the computer, traveling and being a home-body. Bobby was a loving husband, loving father and an Alabama football fan. In addition to his parents, he was preceded in death by one sister, Betty Barron; and one brother, Tommy Armstrong. Survivors include his wife, Esther Colene Dolph Armstrong of Ozark; one daughter, Shelly Renee Armstrong of Hamilton, Ohio; one sister, Patricia Harris of Ozark; two brothers, Randy Armstrong (Pam) of Houston, Texas and Freddy Armstrong (Barbara) of Skipperville. He has a special chihuahua fur-baby named Tiffie who is seventeen years old. Several nieces and nephews also survive. Flowers will be accepted or memorials may be made in his memory to The American Society for the Prevention of Cruelty to Animals® (A.S.P.C.A.), P. O. Box 97288, Washington, DC 20070.
To send flowers to the family or plant a tree in memory of Bobby Armstrong, please visit Tribute Store
Thursday
10
March

Share Your Memory of
Bobby
Upload Your Memory View All Memories
Be the first to upload a memory!
Share A Memory
Send Flowers