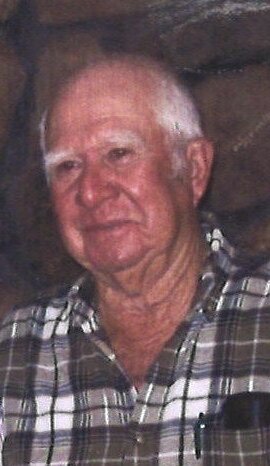 Please share a memory of Herman Ivey to include in a keepsake book for family and friends.
View Tribute Book
Mr. Herman Ivey “Blue” Jones, a resident of Ariton, died Wednesday, April 6, 2022, in Oakview Manor Health and Rehabilitation Center. He was 90 years of age. Funeral services for Mr. Jones will be 11:00 A.M. Saturday, April 9, 2022, in the Chapel of Holman Funeral Home and Cremations in Ozark with Reverend Jim Powell officiating. Private interment will follow in Ariton Cemetery, Holman Funeral Home of Ozark directing. The family will receive friends at the funeral home in Ozark Saturday from 10:00 A.M. until service time. Mr. Jones was born August 16, 1931 in Dale County, Alabama to the late John Cecil Jones and Mary Eva Ivey Jones. He graduated from Ariton High School and joined the United States Army where he served as a Command Chauffer in Europe in the B-36th Infantry Battalion. Following his military service, he returned to Ariton to work on the family farm. Blue was active in the Dale County Farmers Federation and was a poultry farmer for over 30 years. He loved his family, especially his grandchildren and great grandchildren. Blue enjoyed cooking and slipping off to go fishing. In addition to his parents, he was preceded in death by his brother, Thomas A. Jones and his great grandson, James Cooper Jones. He is survived by his wife of 64 years, Mable Constene Williamson Jones of Ariton; one son and daughter-in-law, James Cecil “Jimmy” and Lucy Jones of Ariton; grandchildren, James Brandon Jones (Stella) of Ariton, Julie Jones Garner of Troy, James Mark “Jay” Cannon (Heather) of Brundidge and Jonathan Lewis Jones (Hilary) of Ariton. Eleven great grandchildren also survive. Flowers will be accepted or memorials may be made in his memory to your favorite charity.
To send flowers to the family or plant a tree in memory of Herman Ivey Jones, please visit Tribute Store
Saturday
9
April

Share Your Memory of
Herman Ivey
Upload Your Memory View All Memories
Be the first to upload a memory!
Share A Memory
Send Flowers