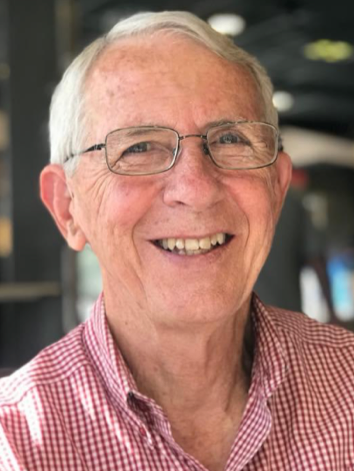 Please share a memory of Ray to include in a keepsake book for family and friends.
View Tribute Book
Mr. Herman Ray Shelley, a resident of Ozark, died Thursday morning, April 14, 2022. He was 76 years old. Funeral services for Mr. Shelley will be 2:00 P.M. Monday, April 18, 2022, in the Chapel of Holman Funeral Home and Cremations in Ozark with Reverend Dennis Tew officiating. Interment will follow in Woodlawn Memory Gardens, Holman Funeral Home of Ozark directing. The family will receive friends at the funeral home in Ozark Monday from 1:00 P.M. until service time. Mr. Shelley was born July 25, 1945 in Henry County, Alabama to the late Herman Shelley and Reverend Ila Baker Shelley. He served in the Alabama National Guard for six years and worked as an Avionics Technician at Fort Rucker with various maintenance contractors, retiring following twenty-nine years of service. He loved Southern Gospel Music, traveling out west, and photography. He had won First Prize numerous times at the National Peanut Festival for his photography. In addition to his parents, he was preceded in death by one sister, Linda Spencer and one brother, Mickey Shelley. Survivors include his wife of 54 years, Brenda Brown Shelley of Ozark; one son, Bradley Ray Shelley of Ozark; one daughter, Chrissy Shelley Prescott (Hunter Clark) of Dothan; two granddaughters, Raygan Prescott and Bailey Prescott; and one sister, Brenda McCullough of Headland. Serving as pallbearers will be Ronnie Shelley, Danny Hicks, Wally Olson, Hunter Clark, James “Jimbo” Garner and Tony Burg. Flowers will be accepted or memorials may be made in his memory to the Alzheimer’s Resource Center, P.O. Box 1170, Dothan, Alabama 36302.
To send flowers to the family or plant a tree in memory of Ray Shelley, please visit Tribute Store
Monday
18
April

Share Your Memory of
Ray
Upload Your Memory View All Memories
Be the first to upload a memory!
Share A Memory
Send Flowers