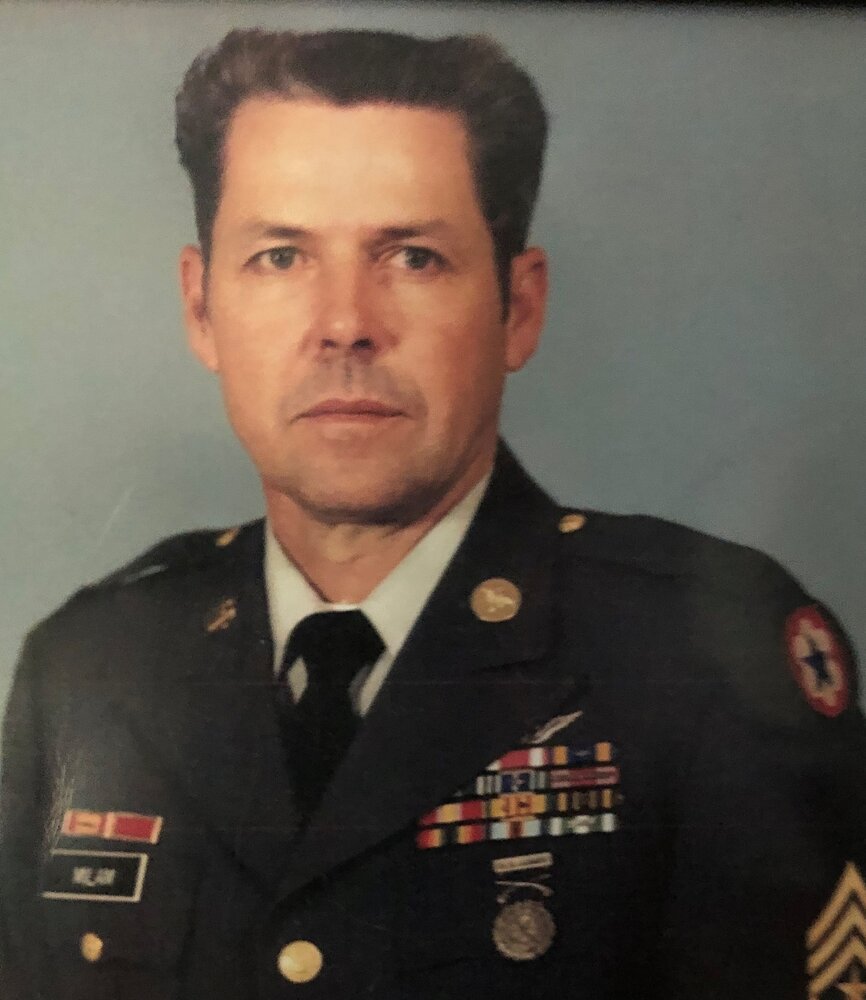 Please share a memory of Cletus to include in a keepsake book for family and friends.
View Tribute Book
SGM Cletus Dale “Clet” Milam (United States Army, Retired), a resident of Eufaula, died early Friday morning, June 3, 2022, in Medical Center Barbour at the age of 86. A private memorial service for SGM Milam will be held at a later date. Condolences may be expressed at www.HolmanFuneralHome.com SGM Milam was born December 1, 1935 in Perryville, Missouri to the late Melton Milam and Leola Polson Milam. He began his full-time military service in the United States Army in 1955 after being honorably discharged from the Missouri National Guard. He served until 1985 reaching the rank of Sergeant Major. SGM Milam retired while serving at Fort Rucker as the Sergeant Major of the United States Safety Center. After retiring, he continued working at the Safety Center as a logistic contractor with McDonnell Douglas. He resided in Ozark on Pine Avenue with his wife, Carolyn F. Milam and their family. After Carolyn’s death in 2010, he relocated to Eufaula where he met and later married his present wife, Dorothy Newton Milam. In addition to his parents, he was preceded in death by his son, Thomas Dale Milam. Survivors include his wife, Dorothy Newton Milam of Eufaula; one daughter and son-in-law, Diane and Chris Young of Roswell, Georgia; one son and daughter-in-law, Robert J. and Cindy Milam of Suwanee, Georgia; four grandchildren, Alexandria and Julia Young of Roswell, Georgia, Nicholas and Mitchell Loftin of Suwanee, Georgia. In lieu of flowers, memorials may be made to St. Jude Children’s Hospital, Attn.: Tribute Department, 501 St. Jude Place, Memphis, Tennessee 38105; Shriners Hospitals for Children, 2900 Rocky Point Drive, Tampa, Florida 33607; Alabama Sheriff Youth Ranches, P. O. Box 240009, Montgomery, Alabama 36124; or Wounded Warrior Project, P. O. Box 758517, Topeka, Kansas 66675-8517.
To send flowers to the family or plant a tree in memory of Cletus Milam, please visit Tribute Store
Online Memory & Photo Sharing Event
Online Event
About this Event

Look inside to read what others have shared
Family and friends are coming together online to create a special keepsake. Every memory left on the online obituary will be automatically included in this book.
View Tribute Book
Services for Cletus Milam
There are no events scheduled. You can still show your support by sending flowers directly to the family, or planting a memorial tree in memory of Cletus Milam.
Visit the Tribute Store

Share Your Memory of
Cletus
Upload Your Memory View All Memories
Be the first to upload a memory!
Share A Memory
Send Flowers