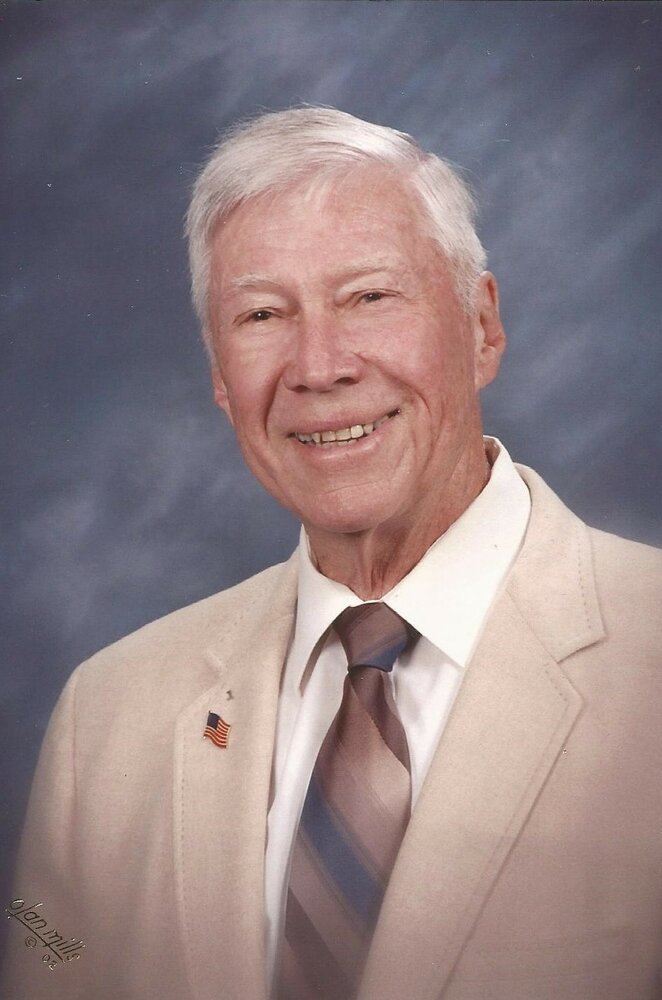 Please share a memory of Robert to include in a keepsake book for family and friends.
View Tribute Book
Mr. Robert (Bob) Newton Davis, of Eufaula, died on June 12, 2022, at McCall Hospice House in Simpsonville, South Carolina. He was ninety-nine years old. Funeral services will be held 11:00 A.M. Friday, June 17, 2022, in the Chapel of Holman Funeral Home and Cremations in Ozark, with the Reverend Doctor Stephen Clyborne officiating. Visitation will be held one hour before the service. Burial will be in Pinckard Memorial Cemetery, Holman Funeral Home of Ozark directing. In lieu of flowers, please donate to McCall Hospice House – 1836 West Georgia Road – Simpsonville, SC 29680. Bob was born February 5, 1923, near Ozark to James Lochran Davis and Lillie Ezell Davis. He was preceded in death by his parents; his brother, Harold Davis; his daughter, Nita Davis McClendon; and his grandchildren, Matt McLendon and Ashley McLendon Newton. Bob grew up in Ozark and graduated from high school in 1941. He served in the United States Army during World War II from January 1943 until December 15, 1945, thirty-three months in the South and Western Pacific (Guam). He was honorably discharged as a Staff Sergeant. He was the recipient of several service ribbons and a purple heart. In civilian life, he worked for several years in insurance sales. He also worked at Fort Rucker for three years, serving as the head of Post Engineers Spare Parts Section. In July 1954, he began his career with the Bay Line Railroad. He served in several capacities there; and for the last eleven and a half years of his service, he was Director of Freight Claims. He was chosen by his peers in the industry in 1983 to serve as Chairman of Southeastern Freight Claim and Damage Conference, which was comprised of all railroads in the southeastern United States. He was chosen to address the annual meeting of the Association of American Railroads in 1984 in Chicago, and to the same organization in 1985 in Baltimore. He retired in January of 1986. He served as Mayor of Pinckard in the early 1960s. Bob was an active member of First Baptist Church of Eufaula. He served for several years as a greeter for the Senior Adult Department in Sunday School and was faithful in attending the Men’s Prayer Breakfast each Thursday morning. He was fiercely loyal to his friends, who consisted of people from all walks of life. No respecter of persons, he treated all people alike, rich or poor, without regard for their social standing or race. He is survived by his wife, Betty Stinson Davis; a daughter, Sylvia Clyborne (Stephen); two grandsons: Patrick Swift (Jennifer), and Micah Swift (Suzanne); and seven great-grandchildren: Hannah Swift, Sarah Grace Swift, Emma Kate Swift, Addie Swift, Ella Swift, Sam Swift, and Ben Swift; a step-daughter, Lisa Stinson; step-sons: Phillip Stinson, James Stinson (Shelia); six step-grandchildren: Robbie Stinson (Amy), Jenny Brooks (Ben), Ryan Stinson (Alexa), Mary Beth Heatherly (Josh), Emily Proctor (Brad), Phill Stinson (Dakota); sixteen step-great-grandchildren; two step-great-great grandchildren; a sister-in-law, Helen Davis; a niece, Lydia Crouch (Rich) and their children, Davis and Laina Crouch.
To send flowers to the family or plant a tree in memory of Robert Davis, please visit Tribute Store
Friday
17
June