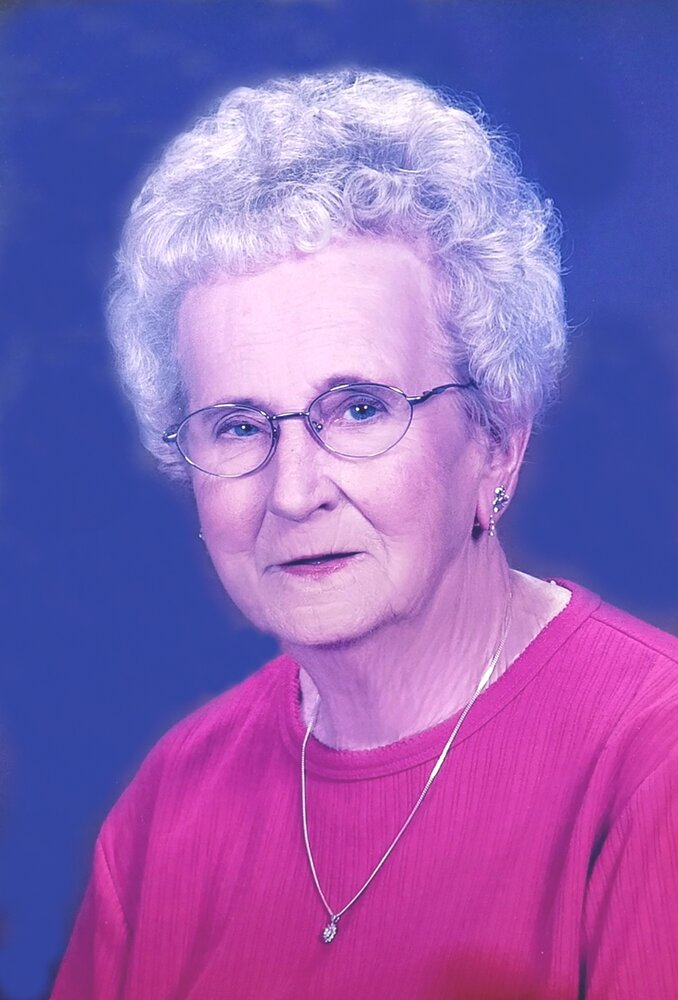 Please share a memory of Annie to include in a keepsake book for family and friends.
View Tribute Book
Mrs. Annie Ruth Davis Batchelor, a resident of Ariton, died Thursday, June 30, 2022, in Dale Medical Center. She was 94 years old. Funeral services for Mrs. Batchelor will be 2:00 P.M. Tuesday, July 5, 2022, from Ariton Baptist Church with Reverend Dave Walsh officiating, Holman Funeral Home of Ozark directing. A private interment will be held in Ariton Cemetery for Mrs. Batchelor. Mrs. Batchelor was born February 8, 1928 in the Dillard Cross roads Community of Dale County to the late Alec Gaynor Davis and Lena Jacobs Davis. She graduated from Ariton High School and worked with Phillips Van Heusen as a seamstress. She moved to Miami, Florida in 1971 and worked with a plant nursery until 1996 when her husband died and she moved back to Ariton. Mrs. Batchelor was a member of Ariton Baptist Church where she taught Sunday School and loved singing in the choir. She served as the Sunday School Superintendent and the WMU Leader. Annie Ruth was an avid Alabama fan and cherished her grandchildren. In addition to her parents, she was preceded in death by husband, Johnnie Murray Batchelor; three sisters, Ollie Pittman, Inez Ciapponi and Bertha Batchelor; two brothers, Gaynor Davis and John Henry Davis; and one grandson, Jason Batchelor. Survivors include one daughter, Sandra Cruikshank (Thomas) of Ariton; one son Danny Batchelor (Cathi) of Grand Bay, Alabama. Four grandchildren, three great grandchildren, several nieces and nephews also survive. In lieu of flowers, memorials may be made to Friends of Vivian B. Adams, 2047 Stuart Tarter Road, Ozark, Alabama 36360; or to Ariton Baptist Church Building Fund, P. O. Box 27, Ariton, Alabama 36311.
To send flowers to the family or plant a tree in memory of Annie Batchelor, please visit Tribute Store
Tuesday
5
July

Share Your Memory of
Annie
Upload Your Memory View All Memories
Be the first to upload a memory!
Share A Memory
Send Flowers