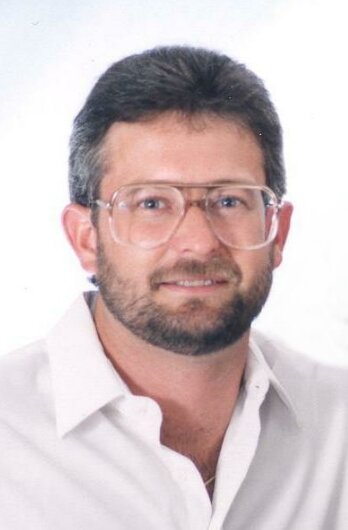 Please share a memory of Brett to include in a keepsake book for family and friends.
View Tribute Book
Mr. Brett Johnson Wright, age 61, a resident of the Bertha Community of Dale County, died Tuesday night, July 5, 2022, after a brief illness. Funeral services for Mr. Wright will be 11:00 A.M. Saturday, July 9, 2022, in the Chapel of Holman Funeral Home in Ozark with Reverend Robert Parnell officiating. Interment will follow in Woodlawn Memory Gardens, Holman Funeral Home of Ozark directing. The family will receive friends Saturday at the funeral home in Ozark from 9:30 A.M. until service time. Serving as pallbearers will be Phillip Holland, James Whitman, Paul Morrison, Brian Green, Bo Johnson and Bryant Parnell. The son of the late Danny Lee Wright, Sr. and Syble Jeanette Johnson Wright, Brett was born May 8, 1961 in Ozark, Alabama and lived most of his life there. He graduated from Carroll High School in 1979 and received a B. S. Degree in Accounting in 1987 from Troy State University. Brett worked with his father in his accounting and tax preparation business for many years. Brett marched to the beat of his own drum. He was an all-around fun-loving guy who made friends with people from all walks of life. Hunting and fishing were his favorite past-times. Brett was a caring person with a really big heart. He would give someone his last dollar if they needed it. Brett was a beloved husband, “Papa”, son brother and friend. He was preceded in death by his father, Danny Lee Wright Sr.; his brother, Danny Lee Wright Jr.; and his stepdaughter, Samantha Leigh Lasseter. Survivors include his wife, Camille Buchanan Lasseter and his daughter, Emileigh Lasseter; two stepdaughters, Sara McMullin (Mike) and Jessica Slater (Dylan); his mother, Syble Johnson Wright; one sister, Andrea Wright (Tony Edgar); one brother, Eric Wright, Betty Hunt; grandchildren, Wesley, Easton and Ava. The family request no food or flowers and that memorials be made in his memory to the Ozark-Dale County Humane Society, P. O. Box 2502, Ozark, Alabama 36361; The Salvation Army, P. O. Box 1346, Dothan, Alabama 36302; or to the charity of your choice.
To send flowers to the family or plant a tree in memory of Brett Wright, please visit Tribute Store
Saturday
9
July

Share Your Memory of
Brett
Upload Your Memory View All Memories
Be the first to upload a memory!
Share A Memory
Send Flowers