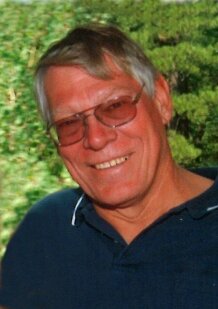 Please share a memory of Wilfred to include in a keepsake book for family and friends.
View Tribute Book
Mr. Wilfred John Sidney Kuhn, a resident of Ozark, died Sunday, July 24, 2022. He was 76 years old. A private memorial service for Mr. Kuhn will be held at a later date. However, condolences may be expressed at www.HolmanFuneralHome.com Mr. Kuhn was born March 25, 1946 in Cape Town, South Africa where he grew up and was educated. In 1963, at the age of 17, he moved with his family to the United States and settled in Boston, Massachusetts. He graduated from Brookline High School in Brookline, Massachusetts. He worked as a carpenter, and later worked at Harvard University in the Biology Lab for cancer research. John was drafted into the United States Air Force where he was trained as a radar technician. He retired following 33 years as a security specialist with Debolt, Inc. John met and married his wife, Kathy Watters, in 2010 and they made their home in Ozark. John loved his family and his fur-babies, Seamus, Sinead and Brody. He was preceded in death by his parents, Paul and Gertrude Kuhn; and two sons, Alex Kuhn and Steven Kuhn. Survivors include his wife of 13 years, Kathy Watters Kuhn of Ozark; one daughter, Lara Dodson (Dustin) of Wichita, Kansas; two sons, Mark Kuhn and Jason Kuhn both of Kansas; and one sister, Ann Housen (Bill) of California. In lieu of flowers, memorials may be made in his memory to the Ozark-Dale County Humane Society, P. O. Box 2502, Ozark, Alabama 36361.
To send flowers to the family or plant a tree in memory of Wilfred Kuhn, please visit Tribute Store
Online Memory & Photo Sharing Event
Online Event
About this Event

Look inside to read what others have shared
Family and friends are coming together online to create a special keepsake. Every memory left on the online obituary will be automatically included in this book.
View Tribute Book
Services for Wilfred Kuhn
There are no events scheduled. You can still show your support by sending flowers directly to the family, or planting a memorial tree in memory of Wilfred Kuhn.
Visit the Tribute Store

Share Your Memory of
Wilfred
Upload Your Memory View All Memories
Be the first to upload a memory!
Share A Memory
Send Flowers