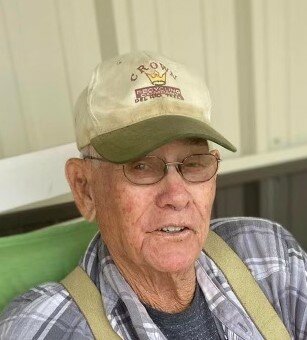 Please share a memory of Billy to include in a keepsake book for family and friends.
View Tribute Book
Mr. Billy Pruett Rogers, a resident of Ozark, passed away early Thursday morning, August 18, 2022, at his home. He was 80 years old. Funeral services will be 2:00 P.M. Sunday, August 21, 2022, from Bethel United Methodist Church with Reverend Darin Easter officiating. Interment will follow in Mabson Cemetery, Holman Funeral Home of Ozark directing. The family will receive friends Sunday in the church from 12:30 P.M. until service time. Mr. Rogers was born October 16, 1941 to the late David Pruett Rogers and Elizabeth Kirkland Rogers. He was born and raised in Dale County, the second oldest of twelve children. Mr. Rogers went into the pile driving and bridge building business when he was sixteen years old and worked there for over 50 years. He was employed as a Pile Driving Superintendent with Jordan Pile Driving Industries and later with F & W Construction Company. He was a family man from the time he started working at the age of sixteen, taking care of his brothers and sisters and helping his mother and father. He married Betty Jo Johns in 1962 and they were blessed with two boys. He was very involved with whatever his boys were doing as they grew up. He was later blessed with two grandsons who became his pride and joy. He followed them playing ball and whatever they were doing. As they grew up he was then blessed with one great grandson who he enjoyed his last few months of being on this earth. He saw him every day. Papa had a special bond with his boys-- both sons, grandsons and great grandson. Papa also was very fond of his girls which was his three special girls, Lesa, Angel and Sydney. In addition to his parents, he was preceded in death by his wife of over fifty years, Betty Jo Johns Rogers; two sisters, Liz Lewis and Carolyn Phillips; two brothers, Charles Clayton Rogers and Jimmy Rogers. Survivors include two sons Blakely Rogers (Lesa) and Bruce Rogers all of Ozark; grandchildren, Joshua Rogers (Angel) and Jonathan Rogers (Sydney Greene); great grandson, Braxton Rogers; four sisters, Reba Potts (Keith) of Cincinnati, Ohio, Merle Kirkland, Faye Seaman and Beverly Rogers all of Ozark; three brothers, Eldridge Rogers of Dothan, David Rogers (Barbara) of Daphne, Alabama and Jackie Rogers (Bridgett) of Troy. Numerous nieces and nephews also survive.
To send flowers to the family or plant a tree in memory of Billy Rogers, please visit Tribute Store
Sunday
21
August

Share Your Memory of
Billy
Upload Your Memory View All Memories
Be the first to upload a memory!
Share A Memory
Send Flowers