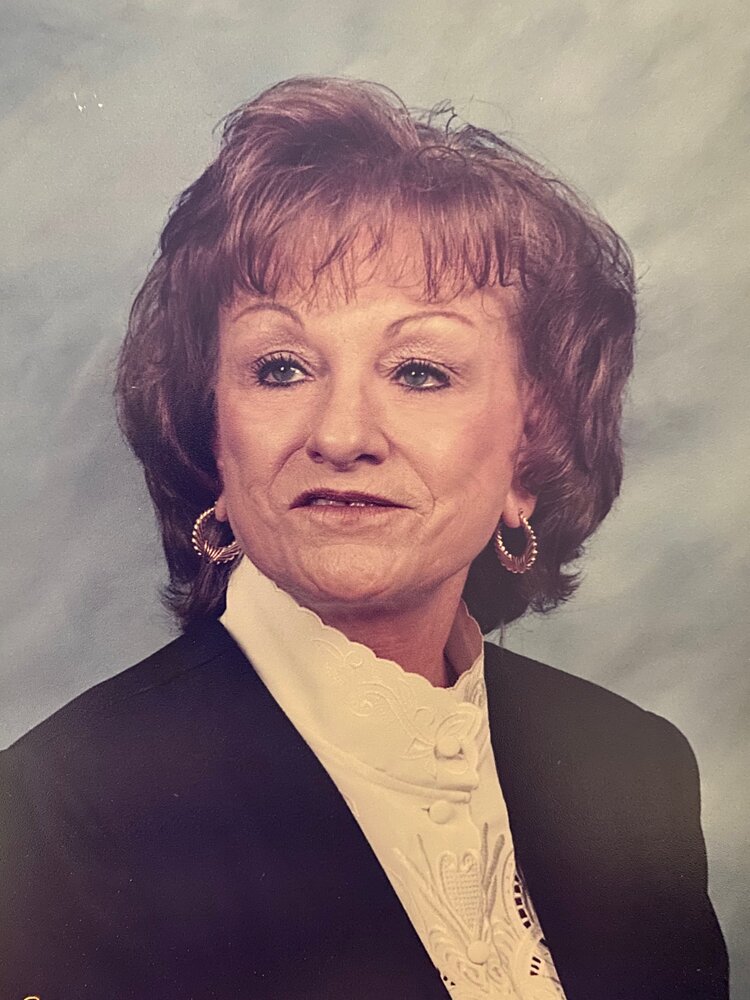 Please share a memory of Sharon to include in a keepsake book for family and friends.
View Tribute Book
Mrs. Sharon Lee “Gee” Simpson Heath, a resident of Ozark, passed away peacefully surrounded by loved ones at Southeast Health Medical Center on October 15, 2022 after a long battle of cancer. She was 81 years old. Funeral services for Mrs. Heath will be 3:00 P.M. Wednesday, October 19, 2022, in the Chapel of Holman Funeral Home in Ozark with Reverend Michael Woodham officiating. Interment will follow in Post Oak Baptist Church Cemetery, Holman Funeral Home of Ozark directing. The family will receive friends at the funeral home in Ozark Wednesday from 2:00 P.M. until service time. Mrs. Heath was born August 10, 1941 in California to the late Richard Wade Simpson and Eugenia F. Reynolds. She lived in Oklahoma for part of her life. She and the children moved to various states with her late husband, Jerry Grammont, who worked with Civil Service. In 1976, the family moved to Ozark, Alabama where she spent the majority of her life. Sharon was a devoted mother and grandmother. She enjoyed traveling and trips to the beach with family. Her pride and joy were her children and grandchildren. In addition to her parents, she was preceded in death by her husband, Gerald Heath; son, Greg Grammont; step-father, Johnny Reynolds; fathers of her children, Bill Born and Jerry Grammont; step-brothers, Jimmy Reynolds and Wallace Reynolds. Sharon, who was known as “Gee” to many is survived by her three daughters, Cindy Pritchett (Gary), Kelly Gray (Dallas), Lori Jackson (Jay) all of Ozark; three sisters, Judy Cohlmia of Oklahoma City, OK, Carolyn Baldwin of Tulsa, OK, and Pam Haskin (Jim) of Edmond, OK; step-brother, Johnny E. Reynolds (Judy); grandchildren, Erika Bell, Adam Pritchett (Kim), JoAnn Hicks (Benji), Trey Grammont (Savannah), Christiana Woodham (Lee), Josh Gray (Raven), April McDaniel (Davis), Caroline Jackson, Harrison Gray and Lake Jackson; great grandchildren, Kaden Bell, Isaiah Jackson, Beau Grammont, Jax Bullock, Tristan and Sydney Woodham, Cohen and Eben Pritchett, Rayna and Ella Hicks, Shepherd and Judah Gray, Blayne, Taylor, and Rylan McDaniel. Several nieces and nephews also survive. The family extends a special thanks to the medical staff on the 7th floor (Cardio/Neurovascular) at Southeast Health Medical Center along with the Chef. Thank you all for loving Gee as one of your own. We could never thank you all enough.
To send flowers to the family or plant a tree in memory of Sharon Heath, please visit Tribute Store
Wednesday
19
October

Share Your Memory of
Sharon
Upload Your Memory View All Memories
Be the first to upload a memory!
Share A Memory
Send Flowers