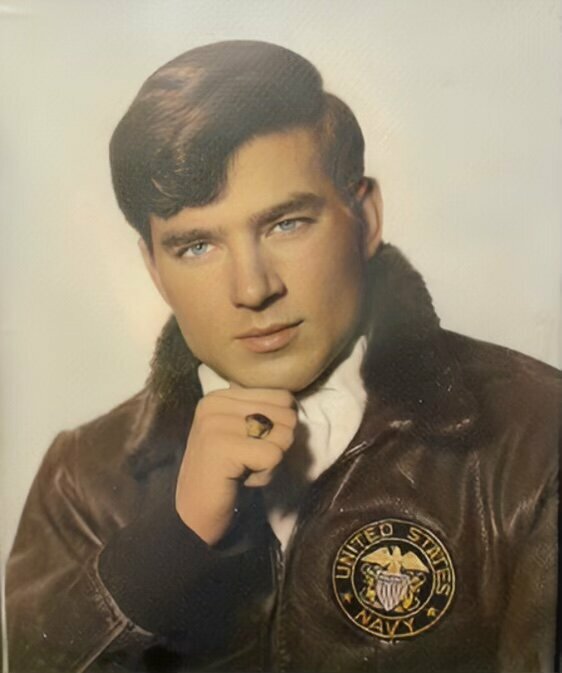 Please share a memory of Vernon to include in a keepsake book for family and friends.
View Tribute Book
Mr. Vernon Mizell Cain, a resident of Ozark, died Monday, November 14, 2022, at his home. He was 74 years old. Funeral services for Mr. Cain were held graveside 3:00 P.M. Thursday, November 17, 2022 with Reverend Charles Goldsmith officiating. Interment followed, Holman Funeral Home of Ozark directing. Mr. Cain was born September 5, 1948 in Opp, Alabama to the late Frank Mizell Cain and Merkis Colliard Hall Tallent. He was a 1966 graduate of Opp High School. He was raised on a farm until he joined the United States Navy where he served for twenty years and retired as a Chief Petty Officer. He then retired after fifteen years of service as a Civilian Avionics Electrician at Fort Rucker. Vernon was a husband of forty-eight years, a dad, a grandpa and great grandpa who was loved by many. He enjoyed fishing, metal detecting and hunting. In addition to his parents, he was preceded in death by his wife of 48 years, Maria Meijer Cain. Survivors include one daughter, Donna Boatwright (John); one step-daughter, Melinda Loudermilk; one step-son, Paul Foshee; grandson, Daniel Lee Cain West; granddaughter, Breanna Boatwright; great granddaughters, Katelijn Saree West and Arabella Grace Boatwright; four half-brothers, Tony Cain, Jerry Cain, Mike Cain and Greg Tallent, Sr.; three half-sisters, Betty Cain Dozier, Christy Cain and Pam Mixon. Several nieces and nephews also survive. Memorials may be made in his memory to the Disabled American Veterans, 221 Williams Drive, Ozark, Alabama 36360.
To send flowers to the family or plant a tree in memory of Vernon Cain, please visit Tribute Store
Online Memory & Photo Sharing Event
Online Event
About this Event

Look inside to read what others have shared
Family and friends are coming together online to create a special keepsake. Every memory left on the online obituary will be automatically included in this book.
View Tribute Book
Services for Vernon Cain
There are no events scheduled. You can still show your support by sending flowers directly to the family, or planting a memorial tree in memory of Vernon Cain.
Visit the Tribute Store

Share Your Memory of
Vernon
Upload Your Memory View All Memories
Be the first to upload a memory!
Share A Memory
Send Flowers