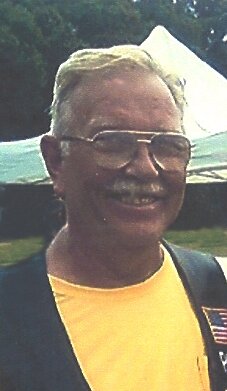 Please share a memory of William to include in a keepsake book for family and friends.
View Tribute Book
Mr. William Joseph Pytleski, a resident of Ozark, died Friday, November 25, 2022, at his home. He was 73 years old. In keeping with the wishes of the family, there are no public services planned for Mr. Pytleski. Mr. Pytleski was born April 26, 1949 in Pennsylvania and later moved to Oklahoma where he attended high school. He served in the United States Army, retiring following thirty-two years of service. Mr. Pytleski was an avid motorcyclist, visiting many areas in the Southeast. He was preceded in death by his father-in-law, James Merton Conklin. Survivors include his wife, Cheryl Conklin Pytleski of Ozark; one son, Kristopher and Cathy Brewer of Enterprise; one grandson, James William Brewer of Enterprise; and his mother-in-law, Doris Ann Clark of Dalton, Georgia.
To send flowers to the family or plant a tree in memory of William Pytleski, please visit Tribute Store
Online Memory & Photo Sharing Event
Online Event
About this Event

Look inside to read what others have shared
Family and friends are coming together online to create a special keepsake. Every memory left on the online obituary will be automatically included in this book.
View Tribute Book
Services for William Pytleski
There are no events scheduled. You can still show your support by sending flowers directly to the family, or planting a memorial tree in memory of William Pytleski.
Visit the Tribute Store

Share Your Memory of
William
Upload Your Memory View All Memories
Be the first to upload a memory!
Share A Memory
Send Flowers