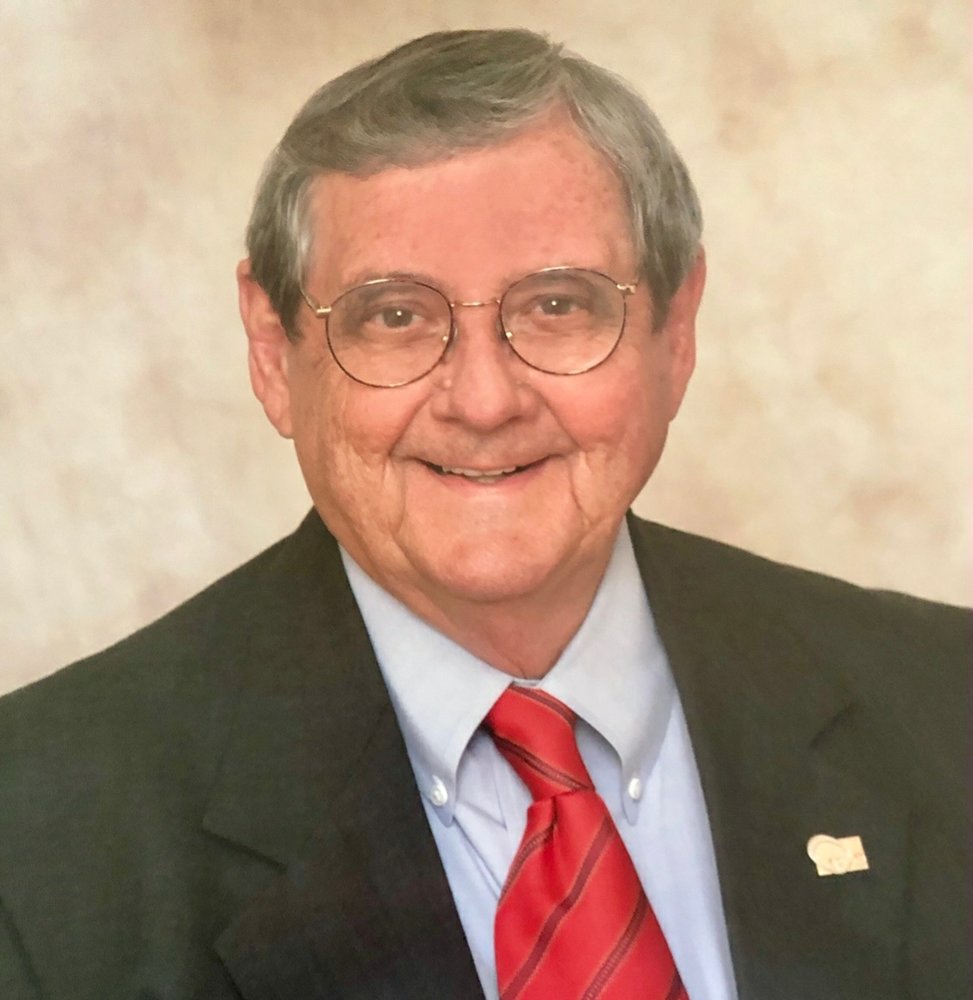 Funeral services for Dr. Mosley will be held 11:00 A.M. Thursday, April 11, 2019, in the First United Methodist Church of Ozark with Reverend Michael Sigler and Reverend Bobbi Lassiter officiating.  Interment will follow in Westview Memorial Cemetery, Holman Funeral Home and Cremations of Ozark directing.  The family will receive friends at the church in Ozark Wednesday evening from 5:00 P.M. until 7:00 P.M.

Dr. John Harmon “Pete” Mosley was born on December 2, 1935 in Evergreen, Alabama. He graduated from Evergreen High School, where he was president of his class, band captain and a member of the “fighting third string” of the basketball team. He was active in the Boy Scouts of America and attained the rank of Eagle Scout as a high school student. He attended Alabama Polytechnic Institute, also known as Auburn University, graduating in 1958 with a degree in music. During his college years, he was a member of Kappa Sigma and the Auburn University Marching Band.

Dr. Mosley completed his doctorate in educational administration from Auburn University in 1974, and was hired as College Administrator at Wallace Community College. He also served as adjunct professor for Troy State University-Dothan during this time.  After two years, he was offered his dream job as the Superintendent of Education for the Ozark City Schools, a post he held for 20 years. After his retirement, he served in legislative relations for the Council for Leaders in Alabama Schools.

Dr. Mosley was a member of the University of Alabama Advisory Council to the College of Education, and was a Kettering Foundation Fellow. He also served on the Executive Council of the Alabama Association of School Administrators, on several Southern Association of Colleges and Schools Review Teams, the National Advisory Council for the Auburn University College of Education, and numerous other state task forces for education. In addition, he was a member and past chair of the Alabama Public Television Commission for 29 years.

He was selected as the Outstanding Young Educator of Alabama (1967), the Outstanding Alumnus of the Auburn University School of Education (1989), The Committee of 10-Plus Annual Award for promoting civil rights (1989), and was the Alabama Superintendent of the Year (1989). He was also named a Paul Harris Fellow by Rotary International.

His favorite activities revolved around his contributions to the arts in his community. He served as the director of the Tri-State Summer Pops Band for high school students for two years, and directed numerous orchestras for the Southeast Alabama Community Theater productions. He was instrumental in the creation of the Flowers Center for the Performing Arts.  He also spent one very special summer directing a circus band.

Dr. Mosley is a member of the Ozark United Methodist Church, where he was a member of the choir and the Seekers Sunday School Class. He was ordained as a Ruling Elder in the Presbyterian Church in 1981.

In lieu of flowers, the family requests that memorials be made to the John H. “Pete” Mosley Fund for Excellence in the Performing Arts at the Commercial Bank of Ozark, P. O. Box  1029, Ozark, Alabama  36361; or your favorite charity.

To send flowers to the family or plant a tree in memory of John H. "Pete" Mosley, please visit Tribute Store
Wednesday
10
April

Share Your Memory of
John H. "Pete"
Upload Your Memory View All Memories
Be the first to upload a memory!
Share A Memory
Send Flowers