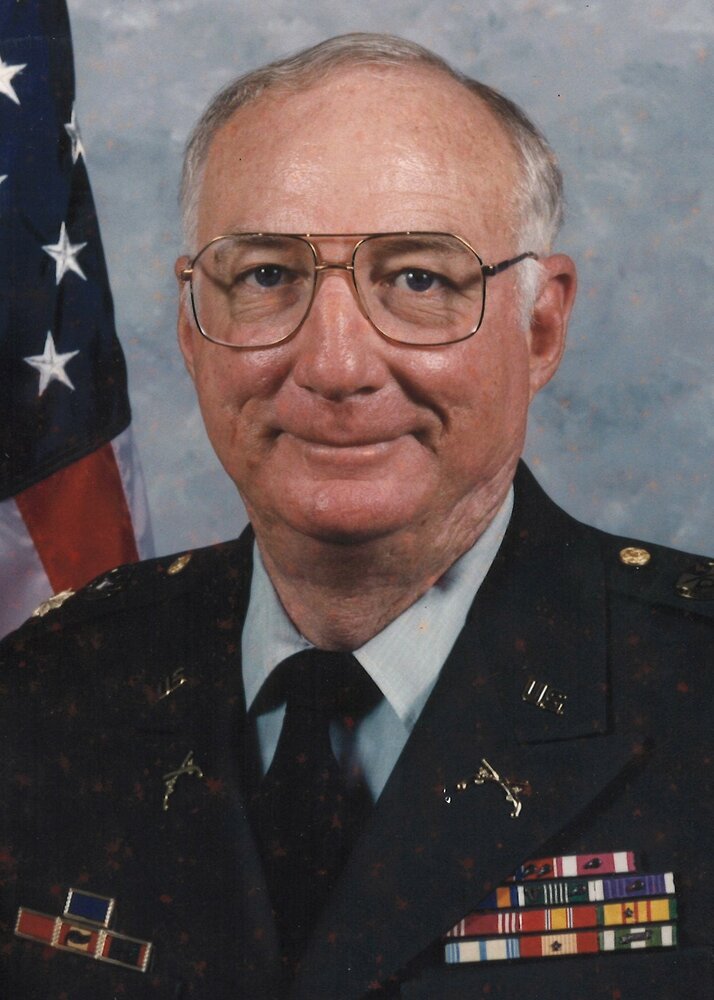 Please share a memory of Harry to include in a keepsake book for family and friends.
View Tribute Book
Retired United States Army Major Harry E. Potts of Ozark passed away Tuesday, December 13, 2022. He was 82 years old. Funeral Services for Mr. Potts will be 10:30 A.M. Thursday, December 15, 2022, from First Ozark United Methodist Church with Reverend Dr. Jason Thrower officiating. Interment will follow with Military Honors in Woodlawn Memory Gardens, Holman Funeral Home of Ozark directing. The family will receive friends Thursday in the church from 9:00 A.M. until service time. A resident of Ozark, Harry was born Aug. 28, 1940 in Montgomery to Lillian and Harry Potts, Sr. He attended school in Montgomery, graduating from Linden High School in 1959. He attended Livingston College and graduated from Troy University in 1975 with a degree in criminal justice. Harry joined the Alabama National Guard in October 1960 and enlisted in the active Army in February 1961. He was commission a second lieutenant. at Fort Benning, Ga. in August 1966. Harry served two tours in Vietnam. The first was from August 1967 until 1968 in the 4th Infantry Division, Military Police Company. He received two Bronze Stars for bravery in battle, and a one Purple Heart for wounds received in battle. On his second tour in Vietnam, from 1970 until 1971, Harry received the Purple Heart, a Bronze Star for bravery and a Bronze Star for outstanding performance. After attending the Captains Career Course at Fort Gordon, Ga., from 1972 to 1973, Harry was assigned to Fort Rucker in May 1973 where he met and married the love of his life, Elaine Harris of Ozark --who calls him the love of her life. The couple celebrated many precious memories over the years, celebrating their 49th anniversary in February 2022. Harry received the Meritorious Service Award when he retired from military service in March 1981 after 20 years of service. In August 1982, Harry began a second career as Senior Army Instructor at Pike County High School where he served until August 2000. He said he enjoyed working with JROTC cadets who were willing to go “above and beyond” to a higher level. Harry’s JROTC cadets achieved Honor Unit with Distinction 17 of the 18 years he worked with them. “Thank you Pike County for letting me be a part of your family,” he often said. Next Harry embarked on what he called his “dream job” at Bass Pro where he oversaw transporting sponsor boats for five years. His “pay” was getting to fish off the back of boats Bass Pros. His wife traveled with him, and the couple were excited to meet all the Bass Pros and their families. An active member of First Ozark United Methodist Church, Harry’s compassion for his fellow man gave him a reputation for being a caring friend for all who knew him. Harry was predeceased by his parents, one brother, Jerry Potts; two stepsons; his mother-in-law and father-in-law, Henry and Imogene Harris; three brothers-in-law, Russell Harris, Isaac Harris and Ron Vaeth. Harry is survived by his wife Elaine Harris Potts, one stepdaughter, Alice Lail (Scott) of Orlando, Fla.; sister Debbie Lovejoy (Mark); his brother, Terry Potts (Judy); five sisters-in-law Sandy Potts, Robbie Harris, Martha Smith (Billy), Mary Vaeth and Pat Harris; one brother-in-law, Billy Harris (Donna).
To send flowers to the family or plant a tree in memory of Harry Potts Jr., please visit Tribute Store
Thursday
15
December

Share Your Memory of
Harry
Upload Your Memory View All Memories
Be the first to upload a memory!
Share A Memory
Send Flowers